Guilford Landmarks in the Making 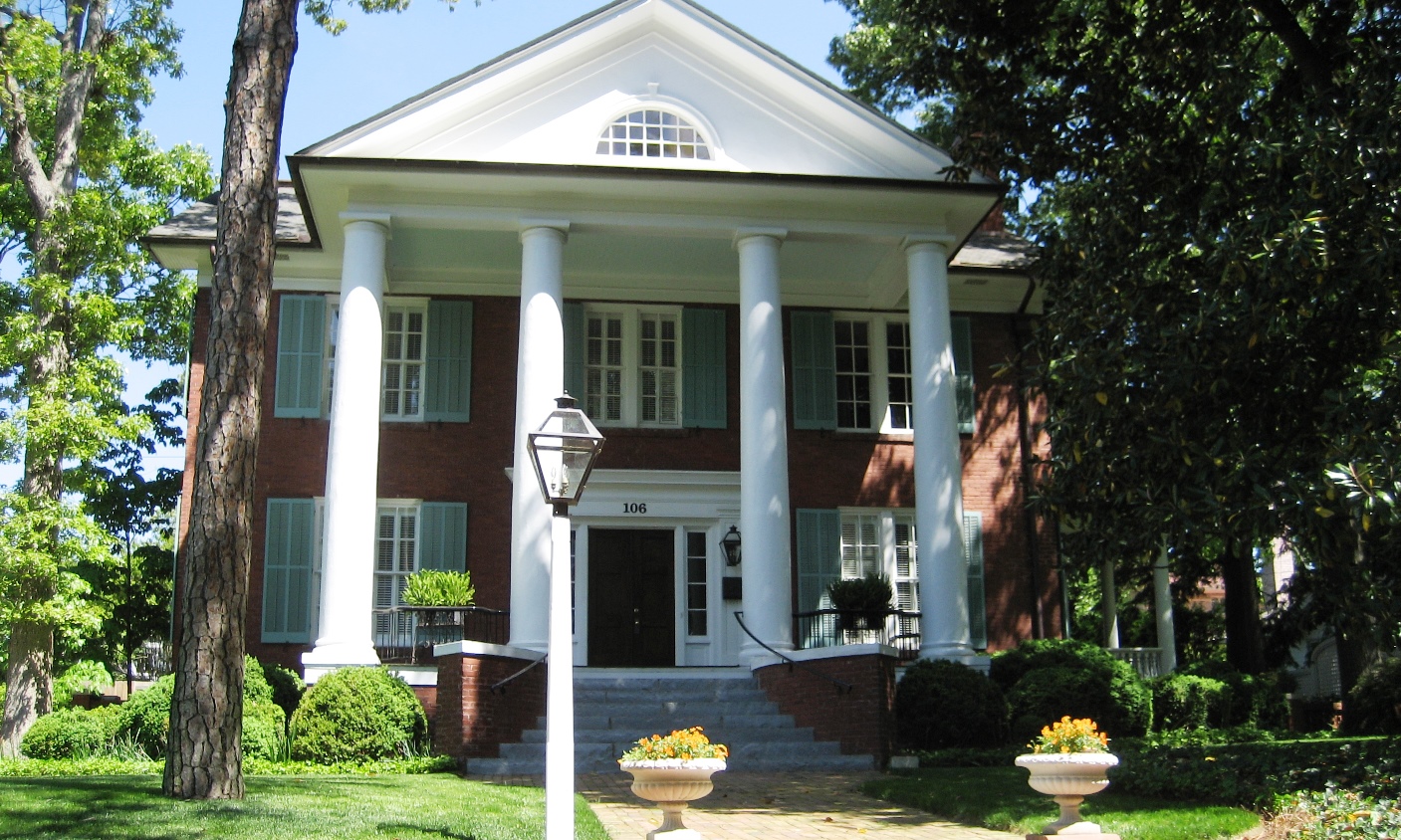 Two historic properties were approved for consideration for local landmark designation this week by the Guilford County Historic Preservation. Both properties received unanimous support for recognition and protection by county government.

As the nineteenth century drew to a close, many of High Point’s most prominent citizens returned to the simpler lines of the historic Georgian and Federal styles for architectural inspiration. Popularized by the Centennial Exposition of 1876, Colonial Revival designs were widely embraced in central North Carolina by the turn of the twentieth century. The Colonial Revival brought back to High Point the clean lines, boxy forms, and uncomplicated rooflines that the region enjoyed less than fifty years earlier, and in this sense the style was less a revival and more a continuation of traditional building styles and designs that had never completely disappeared.

The Kirkman House sits prominently above the North Carolina Railroad tracks, and features a wrap-around porch with turned posts, a central gable with a fanlight window, simple trim, and clapboard siding. Many interior details remain preserved, such as a wide central greeting hall, ten-foot high ceilings, oak floors, original wooden doors, wooden baseboards and a decorative spindle frieze above the landing of the main staircase.

Tom Kirkman and his wife Laura Coffin figured prominently in High Point in 1900 when the house was constructed. Kirkman was a leading merchant in the city. Later, in the 1920s, Kirkman organized with other civic leaders to establish High Point College (later University) in the city. Though the Kirkman House was badly deteriorated after years of use as a boarding house, it was restored in 1986 for use as office space. Today the house is owned by Dorothy Gay and Joey Darr who live nearby. Protective easements have been attached to the deed to ensure future stewardship of the property, and the building contributes to the local and National Register district designations recently awarded to the West High Street neighborhood.

The second property inducted to the Guilford County historic property roster stands at 106 Fisher Park Circle near downtown Greensboro (image, top). The Douglas-Ravenel House was constructed in 1912; among the earliest houses in the Fisher Park neighborhood. Occupying a high south-facing lot overlooking the wooded park, the Douglas-Ravenel House is one of the best residential examples of Neoclassical Revival architecture in Greensboro.

The imposing, two-story house is constructed of brick, and features a tall Tuscan portico topped by a gridded demilune window. The front entryway is topped by a full entablature and is flanked by sidelights. Louvered shutters, boxwood foundation plantings and mature trees round out the ensemble.

The house was built by R. D. (Bob) Douglas Sr. and his wife Virginia. Douglas was an attorney and trust officer with Greensboro Bank and Trust. The couple and their four children lived in the home until the crash of 1932, when the Greensboro Bank was declared insolvent and was shut down by Bank Examiners. The family moved temporarily to a simple board shack in rural Guilford County, and Bob Douglas returned the family to good fortune through his private practice as an attorney.

From 1932 until 1940, the house was operated briefly as the residence of the president of Greensboro College. The College sold the property to Katharine and Samuel F. Ravenel, who lived in the house until 1970. The house has received a great deal of attention in recent years having been restored by current residents Stephen Dull and William Baites. Their work won a Restoration Award by Preservation Greensboro in 2006.

Both the Kirkman House and the Douglas-Ravenel House portray important periods of Guilford County history, and represent styles popular during their periods of construction. With designation, the properties will be better protected from poorly conceived alterations that might diminish their authenticity and significance. The Landmark program, initiated as part of America’s Bicentennial in 1976, has protected almost 90 properties throughout Guilford County since it was established in 1980.