Greensboro and its Treasured Places 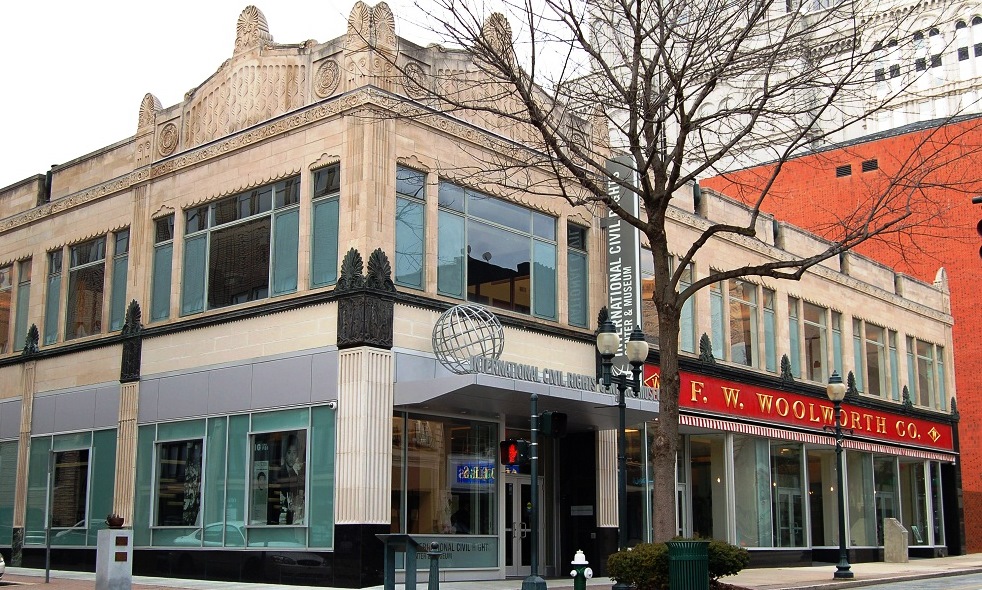 There are few places that evoke such a diverse sense of Southern American history as Greensboro. The cultural center of the Society of Friends in the South gave birth to such notable personalities as plucky First Lady Dolley Madison, the enigmatic writer O.Henry, and pioneering broadcaster Edward R. Murrow. However, Greensboro’s historical legacy is not limited solely to personalities. The city has long been home to a large and vibrant African American population, Southern Industrialists, and numerous institutions of higher learning.

Greensboro was established in the lush, temperate forests of the southern piedmont, an area sought by early European settlers for its rich soil and affordable land. By the 1750s the area was home to African Freedmen and slaves, English Quakers, German Calvinists, and Scotch-Irish Presbyterians. Early architecture in the region reflected some of this diversity, ranging from medieval Germanic log houses to Federal brick Quaker homes.

Transition from a primarily agrarian society to an industrial economy began with the establishment of the Mt. Hecla Cotton Mill in 1828. Other cottage industries such as leather tanning, wood furniture manufacturing, hat making, and gold mining expanded in the 1850s with the arrival of two improved transportation routes: the Great Fayetteville and Western Plank Road, and the North Carolina Railroad. These two vital trade routes into the Carolina Piedmont crossed in High Point, and provided efficient means of transporting goods to seaports for export. This new economic era sparked a housing revolution in the region by providing citizens increased income that was often invested in improving their homes, shops, and civic structures. Although the capstone of this era is Blandwood, several other homes and buildings remain from the era to demonstrate trends in more substantial brick construction and in adoption of national styles such as Greek Revival and Italianate.

Due to the predominance of anti-slavery groups such as Quakers and Methodists, Greensboro was not a hub of Secessionist sentiment.  Many residents saw the War as an unnecessary distraction to the economic growth that was centering on Greensboro due to the railroads.  Economic and social upheaval of the Civil War capped growth in the region until industrialists tapped the area’s low-wage labor pool, efficient transportation system, and abundant lumber, cotton and tobacco resources. Though Guilford County was a center of North Carolina’s Reconstruction efforts, as illustrated by the Model Farm in nearby High Point, it was the growth of the textile and cigarette industry in the late nineteenth century that caused Greensboro’s population to surge. The premier example of the textile industry is the Revolution Mill in the northeastern section of the city, once considered the world’s largest producer of denim.

Industrial expansion as well as growth in insurance and finance in the early twentieth century resulted in the development of one of Greensboro’s hallmarks: charming and well-defined neighborhoods such as College Hill,

Bellemeade, Fisher Park, and Aycock. Large and comfortable homes, many sporting front porches and nationally popular architectural trends such as Queen Anne, Colonial Revival, and Craftsman styles populated shady streets. In later neighborhoods such as Westerwood and Sunset Hill, parks were used as central features. A low-income housing crisis was averted through establishment of self-contained mill villages throughout the city that served burgeoning textile mills. The era also saw growth of service sector jobs along South Elm Street, illustrated by ambitious projects such as the Jefferson Standard Life Insurance Headquarters, celebrated as the city’s first skyscraper.

A strong following of Protestant residents led to the development of several institutions of higher learning in Greensboro, including the Quaker’s Guilford College (1837), the United Methodist’s Greensboro College (1838), and the Methodist Episcopalian’s Bennett College for Women (1873). Two nonsectarian state funded schools joined the trio in 1891. The North Carolina Agricultural and Technical University was established for African American students, and the University of North Carolina at Greensboro created for white women. All five campuses chronical phases of American collegiate architecture, including newcomer Elon University which established a downtown campus in 2006.

Economically confident by the mid-twentieth century, Greensboro enthusiastically adopted progressive Modernist architecture earlier than most southern cities. Buoyed by modern examples designed by architects Walter Gropius, Edward Loewenstein, and Edward Jenkins, the city was quick to exemplify the progressive “New South” of the mid-twentieth century. Several examples of modernist design survive in the city, many by notable national and international architects. In addition to architectural significance, several sites in Greensboro earned cultural significance through events and social actions. Among the most celebrated sites in the city are the historic Woolworth’s Five and Dime Store (today’s International Civil Rights Center and Museum), and the James B. Dudley High School. Both were scenes of social activism in the 1960s and are considered to be treasured places my a large segment of the population.

Greensboro’s nineteenth century rail system facilitated the city’s twentieth century manufacturing renaissance, industrial wealth has endowed the city’s foundations and educational institutions to great success. The city contains an inordinate number of generous foundations that sponsor the development of parks, athletic facilities, academic programs, and community arts initiatives. With fewer headquarters and more back-office operations, Greensboro’s future lies increasingly with its colleges and universities. The city struggles to assimilate its current identity with its future potential, its soul is indelibly written in the facades and settings of its treasured places.