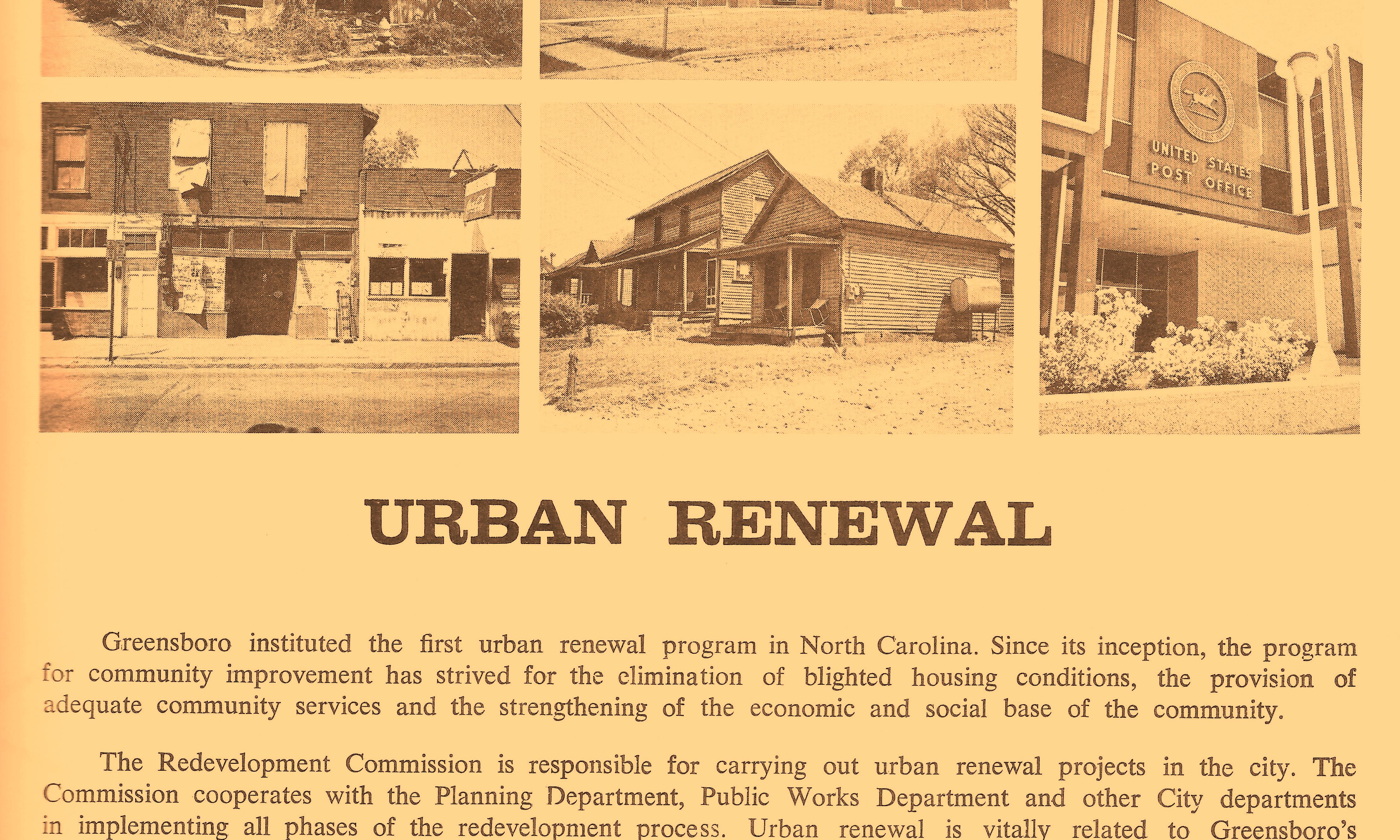 Future-Perfect-in-Past-Tense grammatical terms were once the topic of discussion in the classrooms of Warnersville’s J. C. Price Elementary School, but today, the term describes a new direction planned by residents of the historically black neighborhood.

Warnersville’s roots are deeply planted in Greensboro’s soil. Yardley Warner, for whom the settlement was named, was a Quaker missionary from Philadelphia who visited the South in the closing days of the Civil War. Alarmed at the plight of blacks in the region, he sought to enhance opportunities for African Americans freed from slavery and after traveling the American South, he found a home in Greensboro among other Quakers who were sympathetic to his ministry.

In 1867, Warner purchased 35 ½ acres of land on behalf of a Quaker aid organization from Philadelphia, and subdivided the property into one acre lots. Each acre was capable of supporting a large family, and lots were sold to families that could build equity and financial independence through home ownership. Soon, a community of 600 people featured tidy frame houses with garden plots (image, right), a school, a church, and the Union Cemetery on South Elm Street.

The community remained strong through the 1920s, when the J. C. Price School was erected and named in honor of Dr. Joseph Charles Price (1854-1893), the son of a slave who served as a minister, lecturer, and founder and president of Livingstone College in Salisbury. However, by the 1950s, the absentee landlords who owned much of the neighborhood had not improved housing to modern standards.

In the meantime, Greensboro instituted the first urban renewal program in the state with the intent of ridding the Gate City of vacant and substandard housing. The Warnersville neighborhood was promptly identified as an area of blight, and in 1965 the city moved to “renew” the neighborhood by rebuilding it to modern standards (map, right). This renewal project, funded by the federal government, was the first of its kind in North Carolina. The reconstruction process was so thorough that only the J. C. Price School and the Union Cemetery survived destruction. In place of the original frame houses and stores were widened avenues, suburban-style ranch houses, and garden apartments and townhomes.

Today, residents of Warnersville struggle with articulating their neighborhood’s deep history with a lack of historic structures. Unlike nearby College Hill and Southside, the neighborhood has only two community landmarks to show for their notable past.

The solution may lie in blending the neighborhood’s past with Greensboro’s future. As the Gate City begins to cultivate its reputation as a creative city with investment in the arts, opportunities exist to define the historic Warnersville using art.

Portland, Oregon’s Pearl District has used art to enhance its neighborhood character, exemplified in the colorful totems that cover of the Portland Streetcar poles adjacent to Jameson Square (image, lower right). Warnersville could do the same using its history of artisan residents as a theme to unite the whole.

Neighborhood organizers Angela Harris and James Griffin describe other initiatives to expand awareness of Warnersville history. These include historical narratives that will be placed along the planned Downtown Greenway adjacent to the neighborhood.

Warnersville’s history may be largely destroyed, but spirit and enthusiasm for the neighborhood remain strong. With creative planning, the detriment of losing a community’s history may be countered with opportunity for interpretive expressions of the past. The historic neighborhood is sure to maintain a strong position as a defining neighborhood in the Gate City.