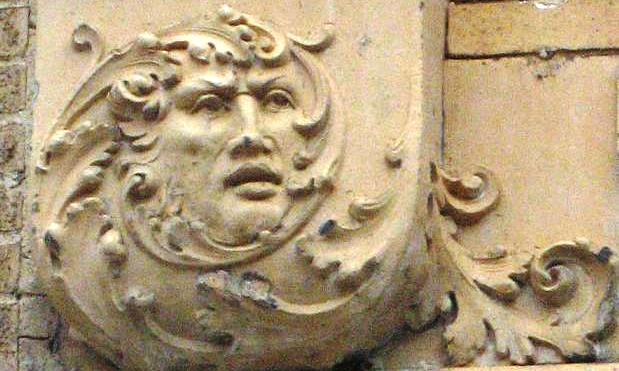 The Clegg Building was constructed in 1904 to designs by architect Frank A. Weston. Weston relocated his firm from Denver, Colorado to Greensboro under the expectation of a Gate City building boom, and the Clegg Building is one of many structures in the city by his hand.

The two-story building at 123 South Elm Street was built along with its next-door neighbor, the towering Dixie Building. Early occupants included the Clegg Cafe and the Greensboro Music Company.

The faces incorporated into the facade are typical of late-nineteenth and early-twentieth century architecture, which often sought to evoke medieval designs of Europe. The faces are crafted of terra cotta tile, and introduce a whimsical, yet humane element to the South Elm streetscape. The building remains a rare example of Mediterranean Revival design in downtown Greensboro that represents a period in our history that valued hand-craftsmanship, artistry, and careful detail.