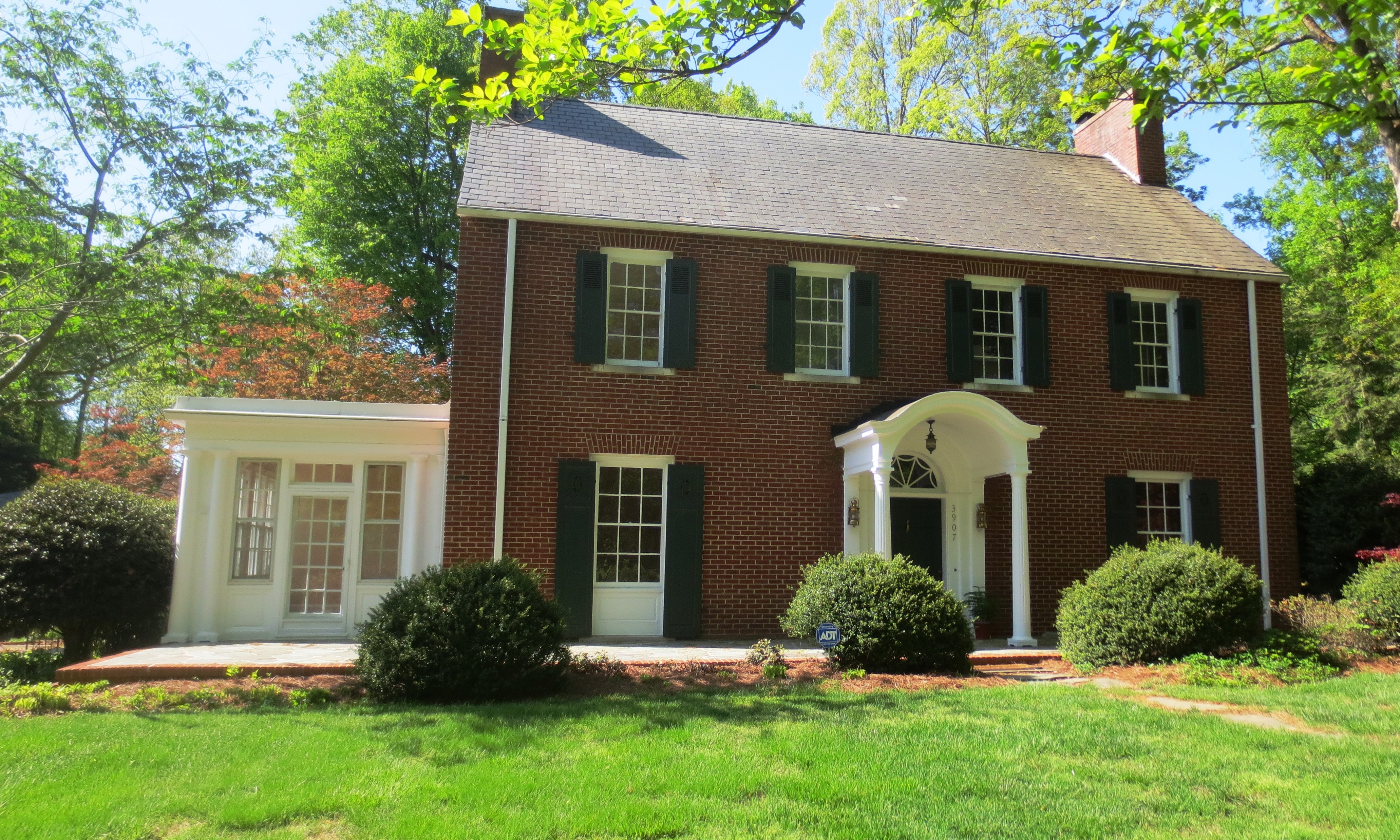 Tar Haven is one of the earliest homes in Hamilton Lakes. It was built in 1926 at 3907 Henderson Road for a Rear Admiral in the US Navy.

Rear Admiral Archibald Henderson Scales (1868-1952) was the son of Junius Irving and Euphemia Hamilton Henderson Scales. He was born in Greensboro, the nephew of Governor Alfred Moore Scales and the great-grandson of Chief Justice Leonard Henderson. After receiving a primary education, he received an appointment to the U.S. Naval Academy, and graduated in 1887. He was commissioned as an officer two years later.

Scales first saw action at sea in 1895 during the Spanish-American War, for which his service earned him the Sampson Medal.  Around 1900 he married Harriet Pierce Graham (1872-1925), and the couple had three daughters before Harriet died at the age of 52.

Scales rose in rank to command the USS  Severn and then the USS Columbia, and in 1907, as a lieutenant commander on the USS Missouri. As a captain, he commanded the USS Delaware that saw action in the North Sea as part of the British Grand Fleet during World War I. For this service he was awarded the Distinguished Service Medal and was decorated as Commander of the Order of Leopold (Belgium).

After the war, and until February 1919, Scales commanded the Great Lakes Training Station, where he was elevated to the post of superintendent of the Naval Academy. The rank of rear admiral was granted him in June 1921. That year he accepted the command of the Battleship Division Five, and then commanded the Fourth Naval District from Philadelphia beginning in 1923 until his retirement in 1926. He retired to Greensboro and lived at the Hamilton Lakes home he named “Tar Haven”. When his brother A. M. Scales lost his home across the lake due to foreclosure, he and his family lived in Tar Haven for several years. After a long illness, Scales died at the U.S. Naval Hospital in Bethesda, Md., and was buried in the Naval Academy Cemetery in Annapolis.

The Scales House is a good example of Colonial Revival architecture. Constructed around 1926, the three-level brick home features a symmetrical façade mimicking Early American homes of the Chesapeake region. Colonial Revival homes were the dominant domestic style throughout the country during the first half of the twentieth century, especially along the East Coast where history runs deep. Interior appointments are traditional, with a wide central hall graced with a stair and flanked by a deep living room to the right and a dining room to the left. The second and third floors contain five bedrooms and 3 and a half baths. Unusual appointments seen on this house is the false chimney on the left gable end of the home, utilized to achieve balance and symmetry of the façade, demilune windows in the uppermost floor, and the original garage to the rear. The shutters are thought to be very early, if not original!

Nancy and Malcolm Jones acquired the house in 1965, and owned the home for 50 years. It is currently for sale and is not furnished.