Discover the Secrets of College Hill 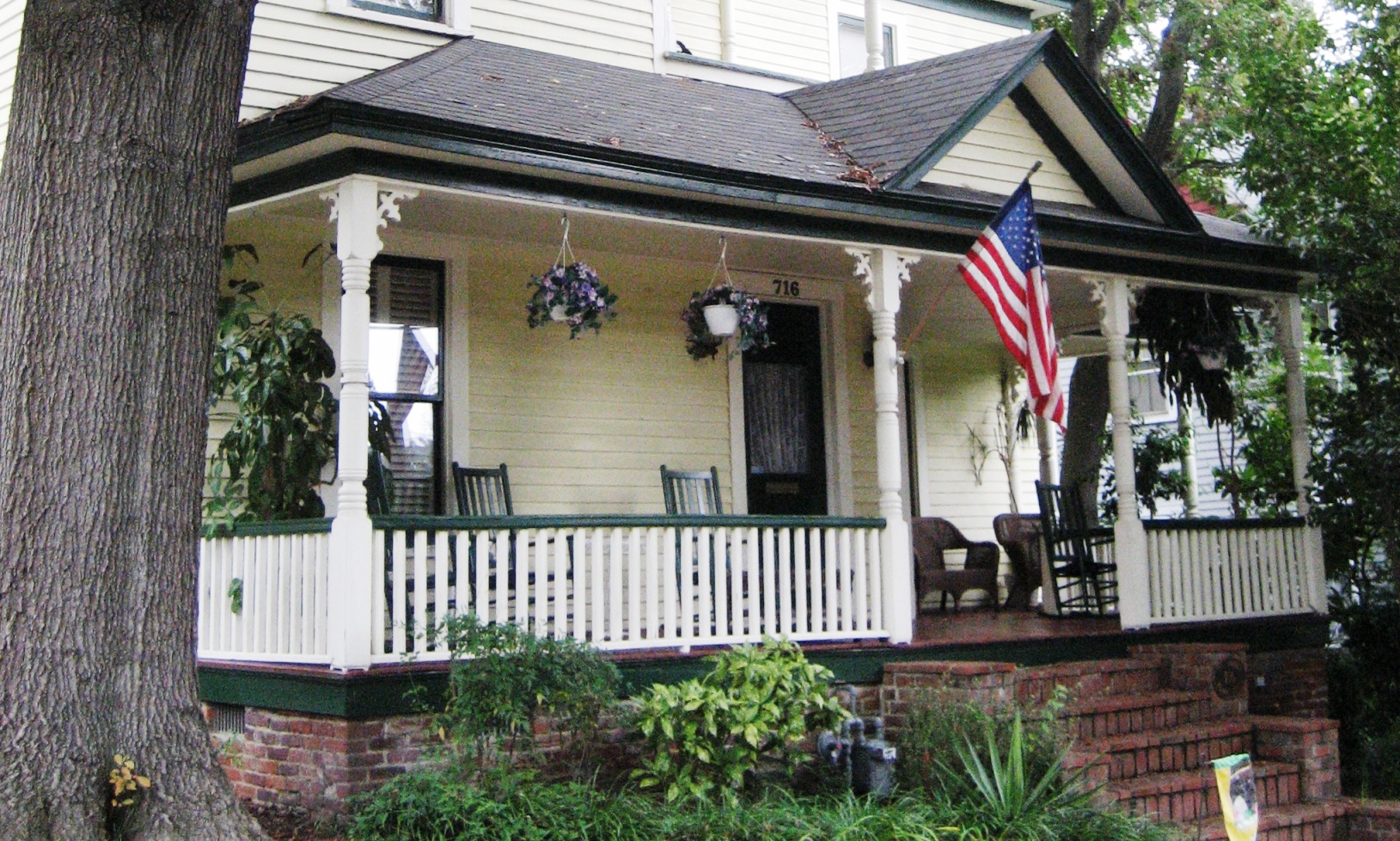 College Hill has the distinction of being Greensboro’s best-preserved nineteenth century neighborhood with narrow streets lined with Queen Anne cottages and charming bungalows. Packed with history and centrally located, College Hill blends quaint architecture with urban amenities to create one of Greensboro’s most interesting neighborhoods.

Unlike most other neighborhoods in Greensboro, College Hill was not developed at one time under a grand scheme. The community began innocuously in the 1840s as a collection of grand homes with prominent occupants including Letitia Morehead Walker, daughter of Governor John Motley Morehead and her husband William Walker; Reverend Sidney D. Bumpass, publisher of the newspaper The Weekly (home pictured, right); and Reverend Nathan H. D. Wilson, Elder of the Raleigh District of the North Carolina Methodist Conference. Their homes reveal pragmatic and modest interpretations of nationally popular Greek Revival and Italianate styles typical to the Carolina Piedmont during the antebellum period.

After the Civil War, these large homes were complemented by residences of African-American citizens who eluded high land costs by living on the fringe of Greensboro.  Examples of this group include Wesley Caldwell, born in 1837 and owner of his home who made a living as a cook. Lithia Brooks was born in 1835 and was employed as a washerwoman. She rented a small house at 438 Mendenhall with her daughter Lula and son Charlie. Julia Booker owned her home located at 945 McGee Street.

Morrison Morrow exemplified the community. Morris is presumed to have been born into slavery in 1845 and married soon after the end of the Civil War. In 1870, Thomas Owen, a Deputy Collector for the U.S. Government, purchased a small quarter-acre tract of land from former mayor Cyrus P. Mendenhall for $100. A few months later, he sold the same tract to Morris Morrow for $40 financed by a loan from Greensboro Building and Loan. On this land Morrow built his modest home just south of today’s Rankin Street (image, right). Morris was listed in documents as a day laborer and his wife, Mary, was recognized as a teacher. The couple lived in their home for at least thirty years when Mary passed away. Morrow and his second wife, Lena, moved to Maple Street, approximately where the Greensboro Post Office is today. Morris died in 1916 and is buried in Union Cemetery. Few if any structures related to the historic African-American community remain in College Hill today.

Through the 1960s, urban challenges such as high density housing, disinvestment, and blight were addressed through reconstruction efforts that often included the wholesale destruction of communities. Federal grants allowed communities to redevelop large areas with new infrastructure, parks, schools, and buildings. Here in Greensboro, areas of East Market Street and the Warnersville neighborhood were destroyed – and rebuilt – in this manner.

When planners began examining the College Hill neighborhood in the 1960s for reinvestment, similar heavy handed methods were considered at first. In 1977, a discussion group was formed to explore alternatives to such renewal efforts, resulting in a charrette that focused on several objectives. Major themes included land use and zoning, infrastructure, and investment in historic buildings that was cultivated through the creation of an historic preservation program in Greensboro. In 1980, College Hill was designated by City Council as Greensboro’s first locally designated historic district.

To learn more about the secrets of College Hill, plan to attend our FREE event scheduled for 9-12pm Saturday morning, April 20th at the Presbyterian Church of the Covenant at 501 South Mendenhall Street in the heart of College Hill.

On May 18-19, Preservation Greensboro’s Third Annual Tour of Historic Homes and Gardens will feature ten vintage homes of the College Hill neighborhood. Plan to spend the weekend touring stunning homes of the nineteenth century that highlight interesting architecture, design ideas, and local history! Advanced tickets will be available for purchase after April 20th. Group tickets of ten or more are available for $15 per ticket!