Covering Up a Brutal Past 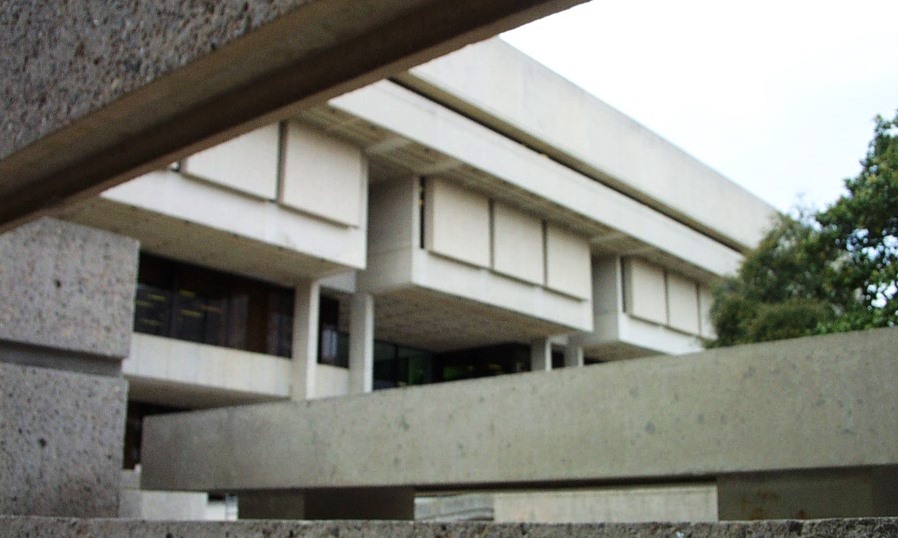 An architectural style called Brutalism? Just what were they thinking? 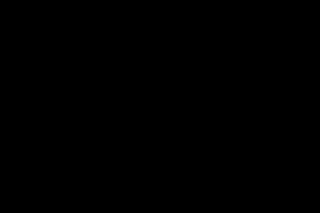 Without a trained eye, Brutalist buildings are aptly named. Hard concrete walls, minimal windows, harsh lines and a scarcity of decoration are hallmarks of the style. Greensboro has several notable examples of the style, including the Governmental Plaza (image, upper right), arguably the best example of the style in North Carolina, if not the southeastern United States.

But an architectural style called Brutalism? Just what were they thinking?

The origins of the term “Brutalism” might be a bit tongue-in-cheek. The architect who championed the style in the late 1940s, Englishman Peter Smithson, had a noble facial profile that resembled that of an ancient Roman…to the extent that his school friends nicknamed him “Brutus” after the Roman emperor. So, Brutus’s architecture became Brutalism.

On the other hand, a Swedish architect coined the term Brutalism to describe a similar style of voguish architecture that Smithson was quick to adopt, so the term gained more momentum. In the end, the name does describe the style quite well.

Architects such as Smithson and others who preceded him such as Le Corbusier (who employed a béton brut – or raw concrete – construction method) were not seeking to develop a design form that would impose cruel and inhuman structures throughout our cities. Instead, they saw themselves as architectural ethicists who encouraged honesty and integrity in design. If a building was to be structurally supported by concrete, let the concrete shine. If buildings were to have electricity, let the conduits show. It was frivolous, from their perspective, to design a modern structure of concrete, only to exert energy and money into making it look like a Roman temple or a Victorian train station. They would reason it is better to let the building’s materials be articluated in its design. 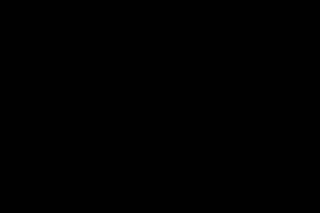 Early buildings were interesting exercises in architectural honesty, such as a secondary school in the new town of Hunstanton in England (image, right). The 1949 building features exposed structural materials such as steel girders and heavy masonry walls in what many consider the worlds first Brutalist building.

Later buildings gravitated to concrete construction, including the Boston City Hall of 1963-68, and the Guilford County Governmental Plaza of 1968-1972. Eduardo Catalano of Cambridge, Massachusetts, the architect of the Plaza, was head of the Department of Architecture at the North Carolina State University, where he constructed a house that House and Home magazine named the “House of the Decade.” His Greensboro commission features all the bells and whistles of Brutalist architecture, including hammered concrete walls, geometric massing separated by tinted glass voids, cantilevers, hanging gardens, and even matching abstracted concrete park furniture and bus stops.

To serve downtown Greensboro’s growing parking needs, the city commissioned local architect J. Hyatt Hammond to design a massive new parking deck at the corner of South Greene and West Washington streets. Hammond mirrored the new Plaza project by choosing the Brutalist style for the deck. True to its concrete structure, the Greene Street deck features concrete panels and minimal decoration. Its ground floor was reserved for streetfront rental space, although the city currently reserves that space for convenient parking.

Without the cultural context of Brutalism’s architectural integrity, citizens of Greensboro sometimes view the city’s inventory of concrete buildings with loathing. Concrete has lost its popularity as a finish material for use in building facades – it has been replaced by traditional products with human scale such as brick and stone. Urbanists today struggle with what to do with Brutalist buildings that appear dated in downtowns that celebrate engaging and colorful facades in a nod to historic preservation. 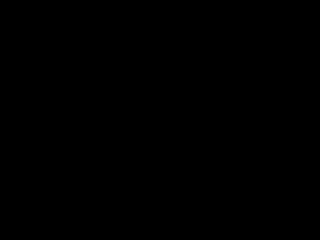 One solution in Greensboro is to decorate austere Brutalist buildings! The concrete facade of the Greene Street parking deck is the recipient of applied art this summer through a commission by The Cemala Foundation. Burnsville artist Ron Fondaw has developed a series of pieces that illustrate transportation through the centuries. Transportation has been a theme in the growth of Greensboro since Governor John Motley Morehead pushed the North Carolina Railroad through the city in 1856.

The art, entitled “Moving Ahead,” is a gift to the city in honor of its 2008 Bicentennial.

This effort to reposition Brutalist buildings in our downtown could work in two ways. The artwork could (finally) humanize an architectural style that has never been at ease among downtown Greensboro’s Romanesque and Italianate storefronts. On the other hand, the addition of the artwork could be seen by some as an intrusion (albeit reversible) to the philosophy of the style that is intrinsically devoid of decoration and color. To-date, the art has been received as a welcome addition to the city’s streetscape.

The architectural style called Brutalism? What do you think?