Classic Tate Street Home Will Be Part Of Tour The Jobe House on Tate Street will be one of ten historic homes open as part of Preservation Greensboro’s Tour of Historic Homes and Gardens on May 18-19!

Tate Street was platted in 1892 by Greensboro Security & Investment as the Lenora subdivision, and the street took its name from company president J. T. Tate. As early as 1908, a two-story Queen Anne-style house was located on this corner lot. Mary Elizabeth and William Jobe purchased that home in 1916 and lived there until they relocated the structure to the back lot on Rankin Place around 1924. The house burned in 1998 and the lot remains vacant.

The new Colonial Revival-style house that the Jobes erected on the corner site was completed around 1926. Compared to other homes in the neighborhood, the floor plan is more open and flowing – illustrating a trend in residential design for less formal spaces and larger rooms. William Jobe was a travelling salesman for the Carolina Tractor and Equipment Company and was known in Greensboro as “The Road Machinery Man” in the 1920s. He and his wife had three daughters— Annie, Mary, and Wilsie—and a son, George Henry. The children might have precipitated construction of the larger house. Mary Elizabeth and her daughter Mary remained in the house and rented rooms to boarders, often young singles who worked at the nearby Women’s College. William passed away in 1936, and the last members of the Jobe family remained in the house until Mary Elizabeth’s death in 1947.

The next long-term homeowner was Bernice Foust, who purchased the property in 1950. Foust is remembered as a saleswoman at The Corner. She was instrumental in protecting the College Hill neighborhood’s historic character in the 1970s and 1980s and enjoyed being a resident of the neighborhood. Kristina and Dennis Long purchased the home in 1990 and sold the house in 2001.  The current occupants are Spoma Jovanovic and Lewis Pitts. The house remains one of the neighborhood’s best-preserved homes from the Roaring Twenties. 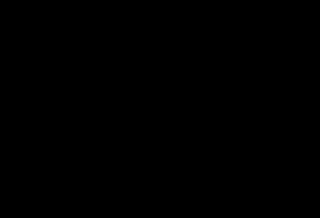 Preservation Greensboro’s Third Annual Tour of Historic Homes and Gardens will feature ten vintage homes of the College Hill neighborhood. Plan to spend the weekend touring stunning homes of the nineteenth century that highlight interesting architecture, design ideas, and local history! Advanced tickets will be available for purchase after April 20th. Group tickets of ten or more are available for $15 per ticket!