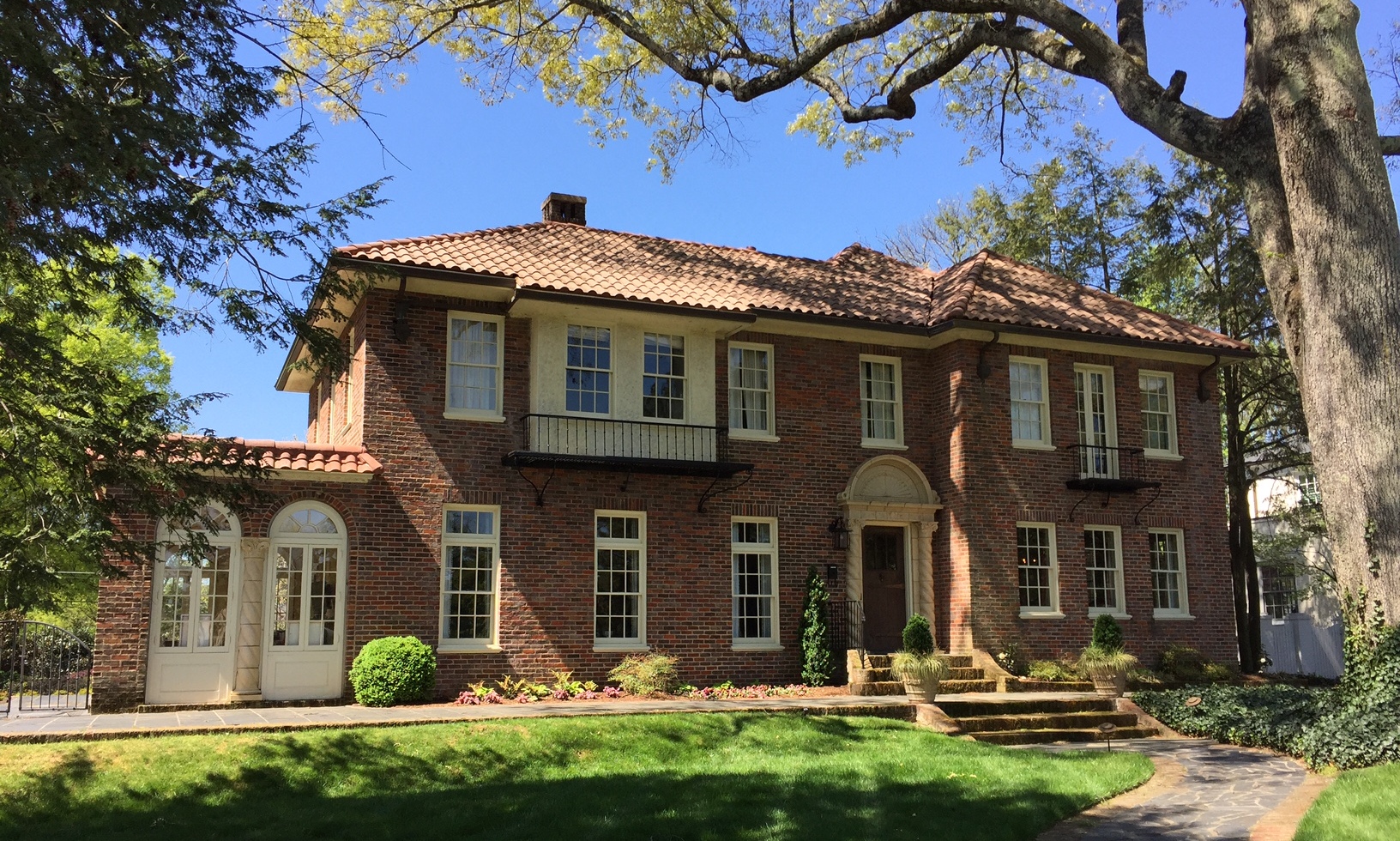 Under the name Hudson Overall Company, Charles Crump Hudson (1877-1937) began manufacturing overalls in 1904 above a South Elm Street storefront. The company later repurposed an abandoned church on Arlington Street, where he renamed his company Blue Bell. By 1919 rapid growth led to construction of a new factory at 626 South Elm Street (today known as the Old Greensborough Gateway Center). The company expanded when it was purchased in 1926 by Big Ben manufacturing of Jellico, Tennessee, consolidating headquarters in Greensboro under the Blue Bell name. Blue Bell ultimately became the nation’s second-largest producer of jeans. In 1986 it merged with VF Corporation, which then moved its headquarters from Pennsylvania to Greensboro. The Daisy and Charles C. Hudson Residence is located at 801 Woodland Drive, and will be open as part of the Tour of Historic Homes & Gardens in Irving Park later this month.

Hudson was born in Williamson County, Tennessee. In 1902 he married Daisy Dean Hunt (1881-1942) of Wilson, North Carolina, and the couple moved to Greensboro shortly thereafter. They had two children, Dorothy Dean, born in 1907, and Charles Crump Jr., born in 1916. Until 1926, the family lived in a home on North Elm Street in Fisher Park that was torn down to make way for the First Presbyterian Church sanctuary.

The Hudson House is a two-story brick Mediterranean-style dwelling designed by prominent Greensboro architect Charles C. Hartmann. It has a low hipped roof covered with Spanish tiles, a projecting stuccoed second-story window bay, a second-story balcony, and a one-story sun room on the south side of the house featuring a series of casement windows with round-arched fanlights.

The Hudson House takes design inspiration from the Italian Renaissance, as illustrated through the use of twisted Solomonic columns surrounding the front door, the sunroom, and the rear porch. Other Italian-inspired details include the blind arch over the main entry, the use of rounded arches, wide overhanging boxed eaves, and tall windows topped by transoms or fanlights. To the rear of the house is an arcaded porch that extends a passage leading to the garage with shared materials and forms.

As was typical for men of his financial stature of the time, Hudson wore many hats. In addition to presiding over Blue Bell, he was president

of Central Industrial Bank, Kirkwood Realty Company, and president and treasurer of Hudson Realty Company. In contrast to this European-inspired composition, Hudson commissioned Hartmann to design a massive log bungalow in the Kirkwood neighborhood named “Idlewood” in the late 1920s. It was dismantled in 1994.

In 1946, the Hudson House was acquired by another Greensboro industrialist, John K. Voehringer, Jr., and his wife, Alice Boyd Voehringer. Voehringer was one of the founders of the Mock, Judson, Voehringer Company, established in 1926. Voehringer served as president of the company, which specialized in knitting silk stockings. Its mill still stands at Oakland Avenue and Howard Street in west Greensboro (the building was added to the National Register in 2010; the mill operated until 1972 and is now empty). Voehringer was originally from Philadelphia, where he was associated with Mock and Judson hosiery production. Under his leadership, the company developed a formula for nylon hosiery that became popular around 1940 under the brand-name Mojud. By the 1950s, the company was recognized as one of the three largest makers of women’s full-fashioned nylon hosiery in the world (it ultimately was acquired by Kayser-Roth). Voehringer retired in 1955 and moved with his second wife Mary Tillman Voehringer to Miami, Florida. That year, the house was sold to Katherine and Hunter Galloway, owner of Galloway Buick. The structure was added to the National Register of Historic Places in 1994 as part of the Irving Park Historic District.

When owner Rodney Speight purchased the eye-catching house in 2005, he was greeted by elaborate mantels, handmade woodwork, and wrought-iron rails. With a careful program of restoration that was facilitated by his background in construction, he restored the Spanish tile roof and complemented the original design with an expansion of a great room to the kitchen in keeping with the style of the house. For his work, he was recognized by Preservation Greensboro with a Preservation Award in 2005.