..and Another One’s Down, 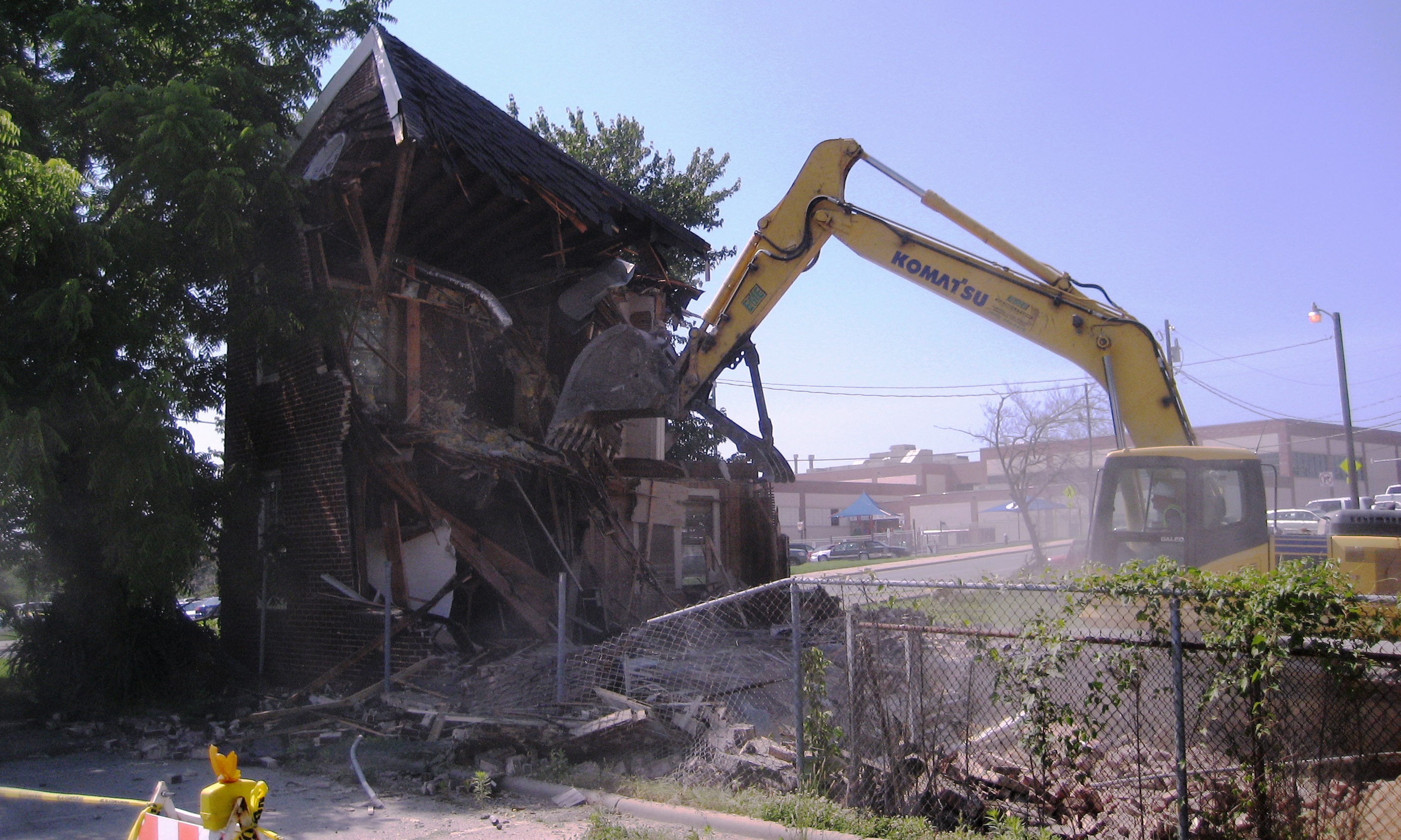 The year 2009 is turning out to be a notable year – in demolitions for downtown Greensboro. A few months ago, a two-story Queen Anne-style house was destroyed on Blandwood Avenue. On Easter weekend, the 110-year old Love House on Smith Street in Fisher Park was lost. Today, the old offices for Big Brothers Big Sisters at 211 Edgeworth Street was torn down within 30 minutes.

The preservation of old buildings encompasses many points, including aesthetic values, community identity, historical value, and sustainability. The value of this house, which was “only” 80 years old and long ago lost its surrounding neighborhood, was certainly in the later. Sustainable practices limit the volume of perfectly good building materials that are pitched into the landfill. Think of an old building as a massive soup can…recycling is good.

Today’s loss was not without trying. The Preservation Greensboro Development Fund sought someone to move the structure for almost a year. Overhead wires, in the end, did the old house in. It’s just too costly to get through the above-ground matrix of cables, wires and fiber optic lines. Until that fact changes, we might see a continued upswing in the loss of Greensboro’s old places.